The camera obscura offers a magical thrill that never fades, even once the magic has been explained. I have been building, using, exploring and experimenting with light and obscuras for a few years now, and have come up with a number of activities and approaches that excite, educate and inspire participants. See below for some explanations..

By focussing light onto a canvas within the obscura, participants are invited to trace the image, using pastels, paint or pencils. People who normally wouldn’t try getting creative are spurred by a new way of working and seeing the image waiting to be drawn. But it is not simple – the image is inverted, and most striking of all, the image is alive, changing with the light, with the movement of the wind, with subjects moving in and out of focus. See below for a video taken during the community focussed arts event, Not Open Studios Exeter.

Step inside the camera, see the light play inside, and learn all about the workings of light and optics. Simple interventions explain the basic workings of the most modern cameras (and our own eyes). Focus is explained – simple games and challenges challenge your grasp of light and lens as you try practice keeping unknowing passer bys in sharp focus..

See events such as the Not Open Studios Exeter, Pinhole Pedallers and Exeter Open Exhibition for more 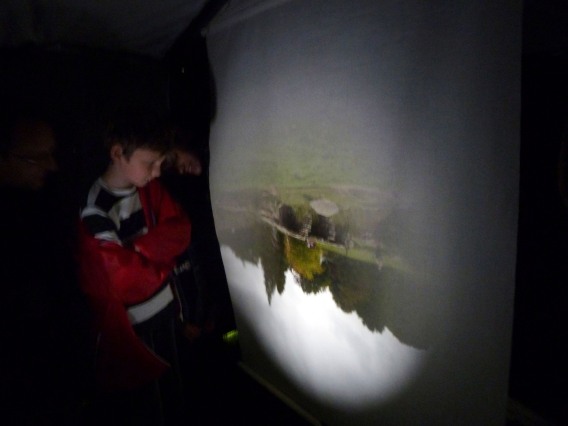 Often after a session above, explaining how the obscura works and some interaction I often follow it with the offer of an unconventional portrait. Participants take it in turn to step outside the camera obscura, standing infront of the lens, whilst those inside focus the image before rephotographing the screen using a modern digital camera to create a lasting image. Having done hundreds of portraits, I have noticed people are often amazed by the clarity of the lens and the beautiful blurring effects due to the shallow depth of field. Many have noticed the image is also a closer likeness to the image they see of themselves (in a mirror) as conventional photography flips the image horizontally and vertically, whereas the obscura is an uncorrected reflection of an individuals likeness.

You can see portraits and more samples from events and workshops done with the camera obscura by looking at a few of my favourite images taken with the obscura. 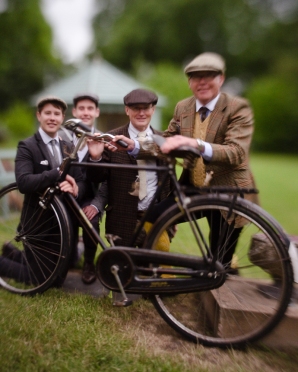 I am always interested in hearing new ideas about how the obscura can be used, and where! So far I have taken it inside a gallery, a shopping market, on the wild moors of Dartmoor…

Get in touch to hear more about having the camera obscura to your event! sam [ at ] lightplay.org . Thanks!

One thought on “Camera Obscura at Events”