I thought I’d share a little more about what I hope to achieve later this year – an idea I have been toying with for a while and slowly developing. A wet and blustery visit to Dartmoor this weekend was the first step. I want to start using structures already existing within the landscape as the basis for new obscuras. Temporary, makeshift constructions that eliminate all the light except the light that enters through a lens or pinhole. These projections of the landscape onto the interiors will then be the basis for making images, videos and prints. The obscuras themselves will vary and adapt according to what is available. Sometimes they will be big, room sized, sometimes compact, sometimes using a screen I introduce and other times focussing onto rock, grass or the interior walls.. I won’t know until I try. I will of course not damage the structures in anyway and leave no trace.

First I need to find some suitable sites. I am lucky to have Dartmoor on my doorstep – I’ve been trying to patch together memories of potential structures that might be suitable that I’ve seen and explored on my walks and rides there. I quickly realised there is a rich variety of structures that would work, due to the massive history of the moors, reflecting the many ways it has been (and still is) used by humans. Shepard’s huts, miner’s shelters, pump engine houses, gunpowder mills, chimney stacks, cattle sheds, ammunition stores, abandoned houses..

My first visit was to the Powdermills. This is where gunpowder was produced between 1844-1897. The enterprising and hardy folk used water power to grind down components gunpowder. The buildings themselves were spaced widely across the landscape to limit any damage should one of the buildings go bang, and were built with (easily replaceable) straw roofs for the same reason. As interesting as all this is – I just wanted to know how easy it would be to turn one into an obscura.. 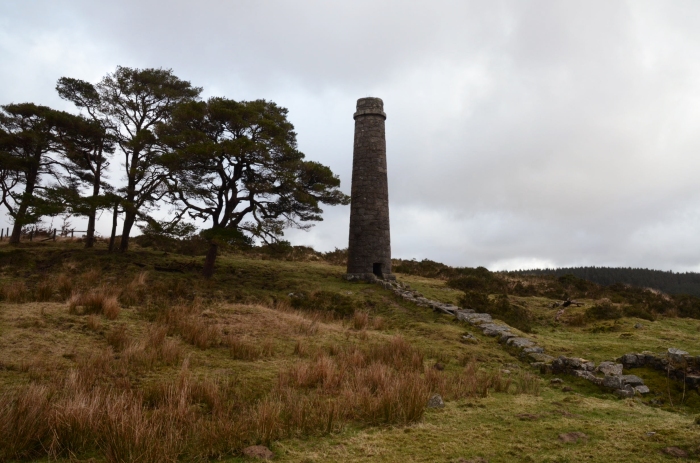 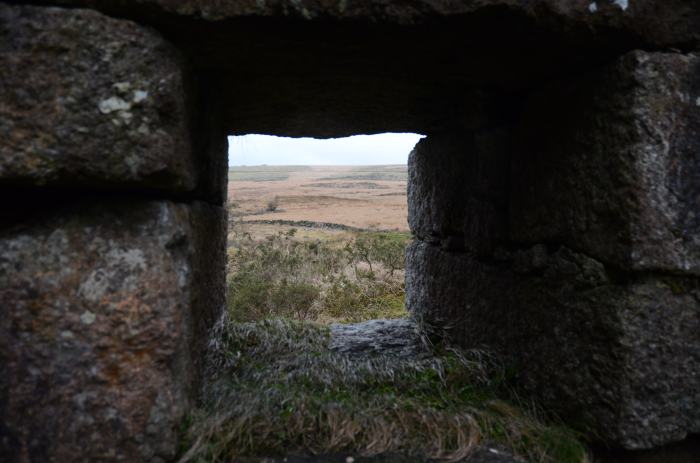 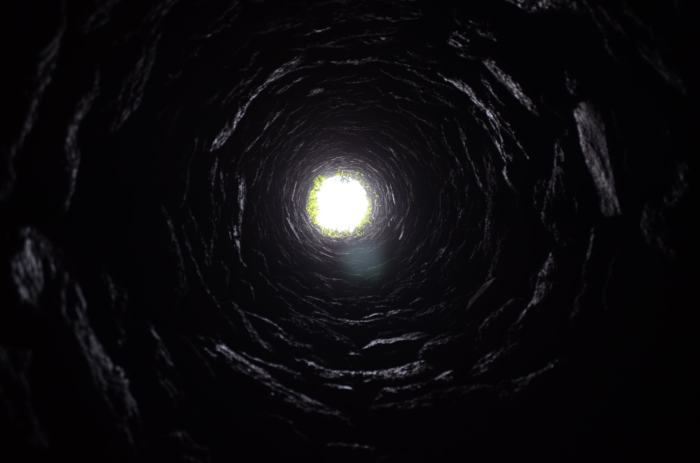 The last image is looking up one of the chimney stacks – lots of possibilities there.

Not too far away is another site I had come across whilst googling for abandoned structures and ruins on Dartmoor – Foggitor quarry. There are plenty of ruins of what was once a bustling quarry. To get to it, you walking along the track which had grooves cut into the rock to allow for carts of rock to be pulled along more easily. But again, enough of the history – are there any suitable obscura buildings?

A possibility on the last image – but it is much bigger than I thought from the images viewed on the site. Not impossible, but not easy, especially on a day as windy as this weekend.

Now I have a better idea of what I will need (light-tight fabric, lens mounts, tripods, gaffa tape, some helpers!..) and a couple of sites that should work, I want to find more potential sites and do some initial experiments.

If you can help suggest sites that might work – please get in touch! I really am open to using anything – peoples homes, cow sheds, barns, military outposts. If you know of a site, or know someone who can get access to a great site, please get in touch below or through the Contact page.

2 thoughts on “A recce to Dartmoor”