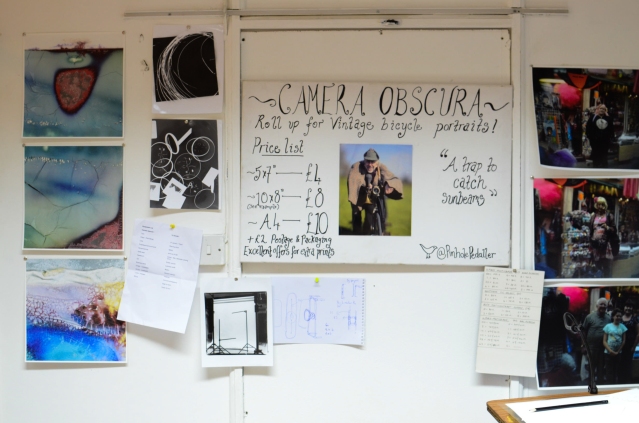 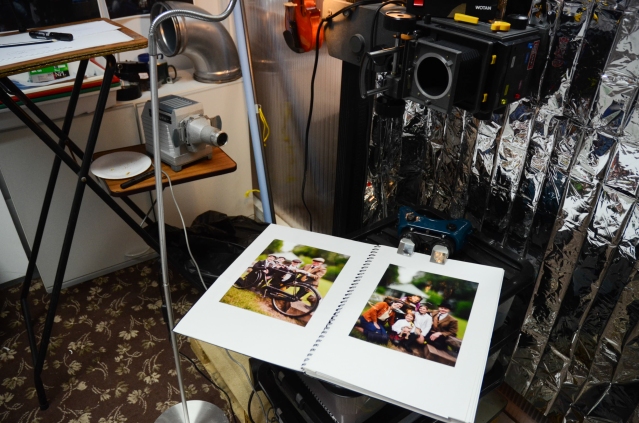 Today I opened my studio to the public – a great chance to test out with some new contraptions..

Although the camera obscura was in the studio, I wanted to focus on trying out some new contraptions that played with light in a new way. First up, I invited people to try my Upside Down Goggles.. and to demonstrate their inverted abilities by writing their name on a canvas on the wall! I had a good few goes, but still couldn’t manage much at all without lots of lengthy pauses, many (repeated) mistakes, and general unfathomable confusion. Different people worked in different ways – large, confident lines that zig-zagged their letters, or small, slow, tentative moves that slowly found their shape. As people were indecisive with which way they needed to go – the pen began to bleed out, which highlighted the areas of confusion really well. 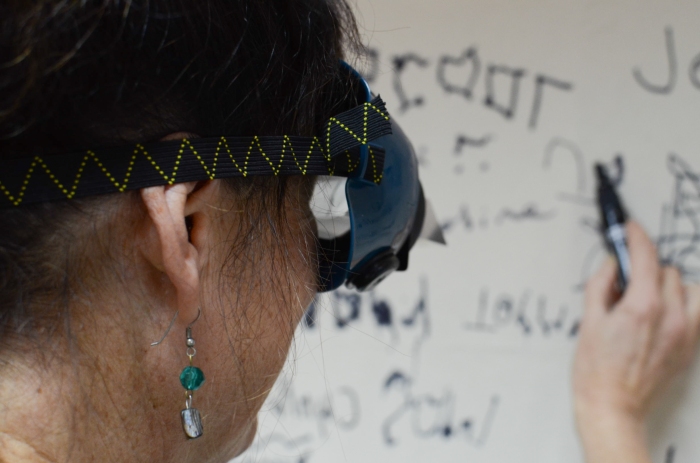 Here are some of their valiant efforts, photographed through the goggles so they appear correct(ish!) 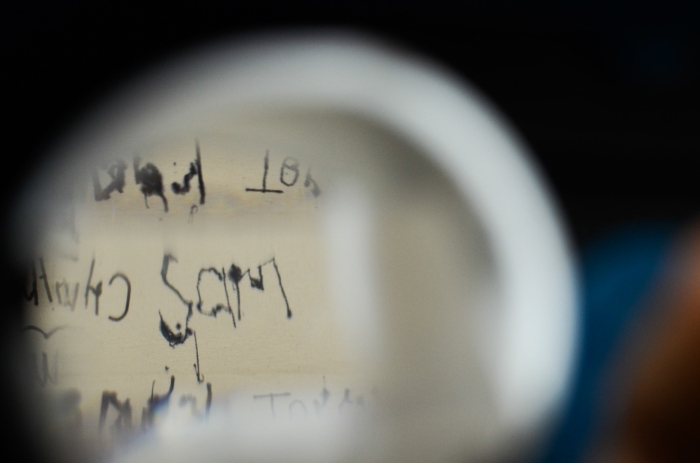 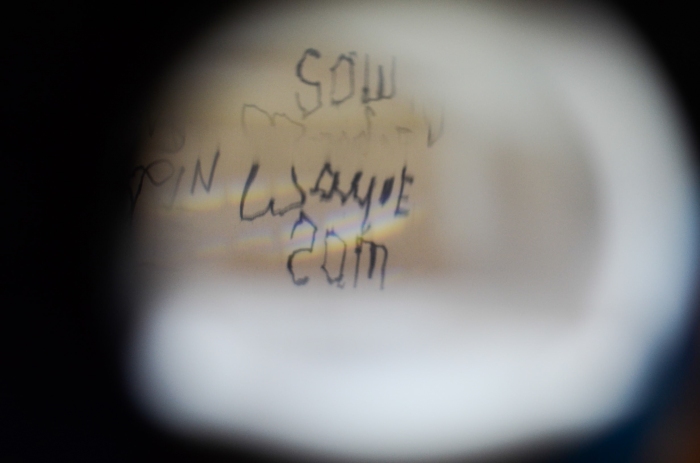 Not bad! Next up, was the camera lucida. Despite being, in my mind at least – wrongly named (the true definition of camera means chamber, or room, and the lucida works without a space like that…picky, I know!) the camera lucida is an interesting object nonetheless, and I’m glad to have one now! Essentially, just a prism on the end of a stick, it allows you to view both your paper AND the subject in front of you (in this case, a violin) so you can trace the image with a pencil. It takes a bit of a knack to get it working, but quite quickly you get used to it and can trace the light confidently. My lucida is from a fantastic and very successful Kickstarter campaign, called NeoLucida – they will soon be announcing ways for people who aren’t backers to purchase them. Do it! They’ve also made a great video about it – and here is it at work : 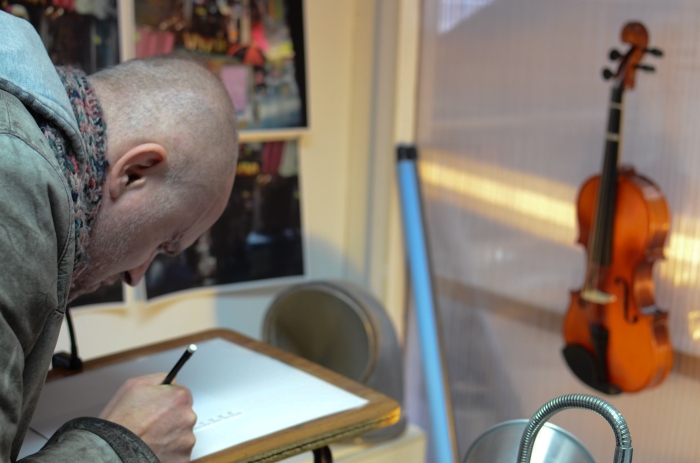 Next event (next week!) will be Light Play, a group exhibition at the Double Negative Darkrooms in Hackney, Saturday 7th. Come along!